Rob Kutner has won 5 Emmys, a Peabody, a TCA, and a Grammy writing for such shows as TBS’ “CONAN” and “The Daily Show with Jon Stewart. He is also the author of the satirical end-of-times bestseller Apocalypse How: Turn the End Times into the Best of Times! and the Amazon Kindle e-bestseller/Audible audiobook The Future According to Me. He is also the creator of the graphic novel “Shrinkage” for Farrago Comics, and the new fact-based comedy TV show “Gander.”

Rob is currently developing an animated series for Warner Brothers.

He has collaborated with his wife, TV writer/producer Sheryl Zohn (“Penn & Teller: Bullshit!”), on the comedy short “The Last Parody,” and the Raw Impressions movie musical “Til Birth Do Us Part.”

Born in Atlanta and educated at Princeton University, Rob has also lived in St. Petersburg Russia, Jerusalem, and been deported from Uzbekistan (really). He has received five Emmys, a Peabody, Television Critics’ Association award, a Grammy for the audiobook of America, and was named a “SuperJew” by Time Out New York. He is still waiting for his superpowers to kick in. 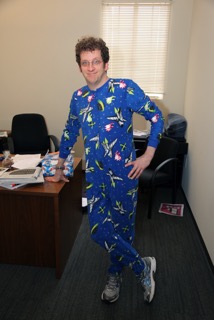